The Power Institute is excited to announce Djon Mundine OAM, member of the Bundjalung people of northern New South Wales, curator, activist and writer, as the inaugural recipient of the Power Publications Award for Indigenous Art Writing for his essay ‘The Aboriginal Memorial: Australia’s Forgotten War’, published in Artlink. The Power Publications Award for Indigenous Art Writing seeks to recognise and encourage the work of Indigenous writers who are producing compelling, persuasively argued texts, and whose body of work constitutes a rich engagement with visual culture. This prize, which will run for three years, celebrates a significant contribution made by an Indigenous writer on the topic of Australian art. The awardee is recognised with a $5,000 prize, supported by the Copyright Agency Cultural Fund and will be invited to speak about their work at a public event.

Our selection committee of Peter Minter, Matt Poll, Stephen Gilchrist and Mark Ledbury, considered a shortlist of four very strong pieces of writing for the award, which celebrates a significant contribution by an Indigenous writer on the topic of Australian art, published in the year prior to nomination.

‘The committee was impressed and encouraged by the ambition, complexity and depth of the work nominated, and noted the importance of autoethnographic writing in the sample as a whole. Indigenous experience, personal and communal, was explored thoughtfully through and with the art that was being discussed in all the work we read, and we also noted a commitment to thinking about Australian Indigenous art from a global, ecologically aware perspective.’

Even though the Aboriginal Memorial, 1987–88, is a subject that the author has been intimately involved with and has reflected on in different ways over the decades, it was felt that this piece of writing offered a new perspective on the significance of the work within its political and historical contexts.

Speaking with new historical and critical distance, Mundine has managed the thorny task of highlighting the strength and resonance of the work while reflecting on the difficulties involved in its conception.

Mundine’s writing questions whether the work has stood the test of time, but also whether anything has really changed since it was commissioned and so widely celebrated. This is a polemical piece, written for a broad audience, and manages to make its arguments punchy and effective via a series of measured historical facts and carefully selected anecdotes.

Written from first-hand experience, the piece offered profound insights into little-known , even hidden histories of the work, such as the fact that the memorial was pitched to be part of the new Parliament House, and on its relationship with the Australian War Memorial. This is important background information to a work that will continue to generate further study.

Mundine’s ability to tightly and carefully trace the work from its inception to production, including the levels of support it received and its reception, is remarkable, and of course, through his diligent, provocative framing of the work’s genesis and fate, he makes the memorial a profoundly historical, rather than solely art historical, object.

Reconciliation is incomplete, but by revisiting the Aboriginal Memorial, Mundine makes a convincing argument for why the silent histories it speaks for need to be reconsidered and rethought.

We congratulate Mundine on this piece, which emerges from his long and distinguished practice as writer, curator, artist and activist.

‘As colleagues in the Department of Art History at the University of Sydney continue to teach, research and curate Indigenous art, and the Power Institute invests in nurturing and celebrating Aboriginal and Torres Strait Islander art through publications and public programs, I’m delighted that we can demonstrate, once again, our commitment to debate, discussion and knowledge of Indigenous Australian art and culture. We congratulate Djon Mundine and all our shortlisted writers, and we are thrilled to help bring excellent writing on art—curatorial, critical, and creative—to wide attention. We recognise too, that for Australia’s Indigenous people, art’s importance is more than a matter of aesthetics—it matters deeply in cultural, political and psychological ways, it carries histories, stories and lines of kinship through generations just as it acts as a lightning rod for dissent and protest; it is both an expression of aspiration and part of a struggle against injustice and loss. For all these reasons, Indigenous art matters, and we’re committed to helping all Australians understand its depth and resonance.’

Citations on shortlisted works from the committee

The committee felt the voice of this piece was deeply affective, speaking as it was of an Indigeneity grounded in place, and expressed by means of a committed methodology and practice tightly bound to addressing a complex Indigenous identity. We acknowledge its strength as an example of indigenising the academy and other institutional frameworks from within. The piece details the personal motivations of an influential curator, providing insight into practice-based research that will be incredibly beneficial for many emerging and mid-career Aboriginal artists.

The committee was impressed with the research that sustained this piece, though tightly and poignantly focused as it is. The piece is an insightful take on the contemporary moment, and we were enthused by the ambition to link Indigenous Australian experience with other kinds of experience of indigeneity in the ‘Global South’. We hope that other occasions will arise for Foreshew to deepen this comparative endeavour.

This piece is historically focused, but also clearly written in a curatorial context, designed to support exhibition making and the understanding of objects. We feel that exhibition texts are a very important space for the communication of ideas in Indigenous art and want to encourage Foreshew and all writers to continue to think about how to use such opportunities to situate their work, discuss personal choices and opinions and express curatorial views.

The committee thoroughly enjoyed this piece. The writing was richly historical and gave generous space for deep historical contextualisation while paying thoughtful attention to aesthetic matters. It supplemented and deepened the exhibition, and demonstrated the worth of a specialist and committed approach in the curation of collections. We all enjoyed its poetic voice, too, and the clarity and polish of the writing.

We were interested to see an Aboriginal curator engaging with non-Aboriginal artists’ work that dealt with massacres and frontier conflict—the very difficult and delicate subject matter was handled with elegance and sensitivity. We felt that the move to give the works global context by bringing in Kara Walker and William Kentridge, for example, was an effective move and gave more weight to the argument about ‘history wars’ and the power of these debates themselves as cultural actors.

All of us were left wanting more, and one of the key messages from this piece is that the ‘curatorial essay’ is a vital form, which should be given space and time within an exhibition project. With the decline of traditional art criticism, curatorial writing will be a key source of art discourse, and we should celebrate those institutions and individuals who are finding ways to develop and sustain it as a form and give it the space and word-count to thrive.

June newsletter is out now! 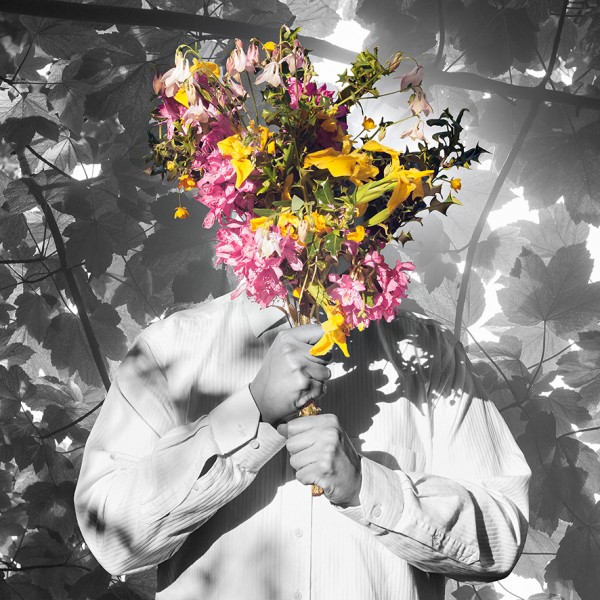